South Africa is second most price sensitive country in the world 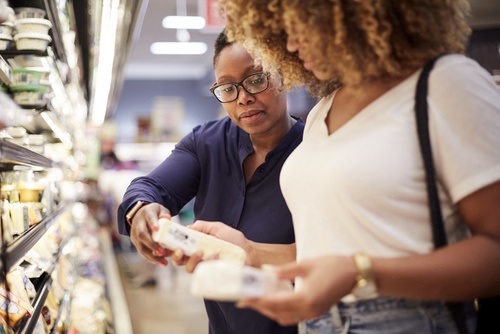 South Africa is home to a nation of promotion obsessed shoppers. This insight stems from a newly released Nielsen report The Price of Promoting, which shows that 75% of South Africans claimed to know the prices of the grocery items they buy and notice changes in price, versus 69% in 2017, and their spending habits confirm that South Africa is the second most price-sensitive country in the world.

In addition, 31% actively search for promotions and 16% go so far as changing stores for a brand they prefer, based on the best promotions on offer.

Nielsen Connect South Africa MD Kerith Botha says this stems from the fact that despite ongoing, relatively low inflation rates (4.4% in Q1, 2019) and stable consumer confidence; fixed expenses like the spiraling price of petrol, taxes and utilities have placed a massive strain on essential living costs.

“This has led to consumers seeking financial relief and the first casualty of their desire to ease their financial strain is discretionary spending, which has taken a toll on their grocery baskets. Unfortunately, this ‘money’s too tight to mention’ scenario has also seen South African shoppers prone to severe cases of Promo FOMO. The danger with this, is that for manufacturers and retailers alike, promotions can be a double-edged sword.

“They bring consumers to the store and result in temporary pick up in brand sales/ volumes but the long term impact of promotions is more severe and can lead to loss of brand and store equity.” says Botha.

A deluge of discounts

The intensity of discounting within the local retail market becomes apparent when one considers that in 2018, 30% of the total volume of products in South Africa were sold at a discounted price. This has increased by 3% since 2017.

In addition, 22% of South Africans state that they change stores based on the best discounts on offer while 34% say they do not change stores but actively search for discounts in-store. Sixteen percent of consumers versus 22% in 2017, also only buy products at a discount if they already like the brand.

Across the price and promotion studies performed in South Africa during 2017 and 2018 the average frequency of promotion increased by 3%. A significant relationship has also been found, where more frequent promotions lead to higher consumer sensitivity to regular prices which means in effect, consumers are being trained to buy on promotion.

One size does not fit all

But do promotions actually work? Botha reveals; “Based on Nielsen global benchmarks, a promotion is said to breakeven if its ‘efficiency’ is 50% or greater. Out of the 200+ items analysed in South Africa for this report, only 33% surpassed the 50% efficiency threshold which means that a massive 67% of promotions don’t break-even.”

Botha also cautions that not all items see high uplifts when promoted, and pricing strategies need to be tailored to ensure the right categories are positioned at the right price. “Products need to be treated individually, as consumers display different sensitivities to everyday price increases and promotions on different items.

“This has created a complex environment for manufacturers and retailers and underlines the need for key insights to understand South Africans’ preoccupation with promotions, to help create efficient promotion plans using effective pricing strategies’,” concludes Botha.

You have successfully subscribed. Thank you.